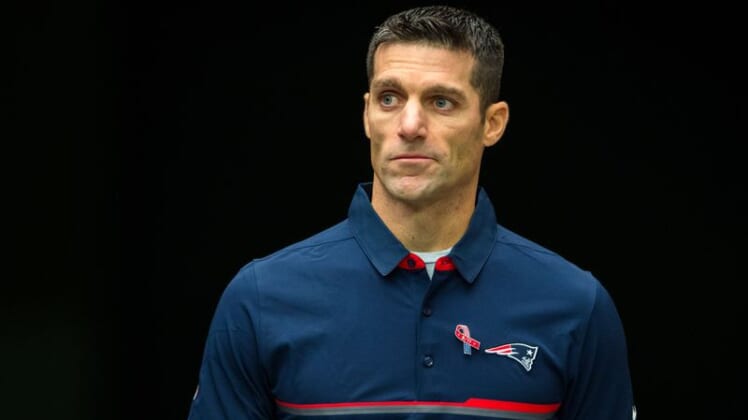 Caserio signed a six-year deal and faces immediate pressure to turn the franchise’s fortunes. The Texans went 4-12 last season and the assets to actively reload for the 2021 season are limited.

Fired head coach Bill O’Brien served as de facto general manager in 2019 and into 2020. During that time the Texans traded their 2021 first-round pick — which turned out to be the third overall selection — to the Miami Dolphins and sent All-Pro wide receiver DeAndre Hopkins to the Arizona Cardinals for running back David Johnson and a second-round pick.

“On behalf of my wife Kathleen and our entire family, I’m very humbled and honored by this opportunity to be the general manager of the Houston Texans,” Caserio said. “We would like to thank Janice, Cal and Hannah McNair for their belief in us that we can build something special that embraces the accomplishments of the past and accepts the challenges in front of us in our desire to be best.

“This moment would not be possible without the support and guidance of those that have invested in me personally and professionally. We are forever grateful to the Kraft Family, Bill Belichick as well as the entire New England Patriots organization that has blessed our family in ways we can never repay. Our goal now is to serve the Texans organization and the Houston community by putting together a team that we all can be proud of on and off the field.”

In 2019, the Texans operated without a general manager after being accused of tampering by the Patriots around their interest in Caserio. Houston promised not to engage Caserio in 2020.

But as 2021 began, Caserio was among the candidates the Texans sought to interview, including ESPN’s Louis Riddick, Seattle Seahawks vice president of player personnel Trent Kirchner and Baltimore Ravens director of football research Scott Cohen, among others.