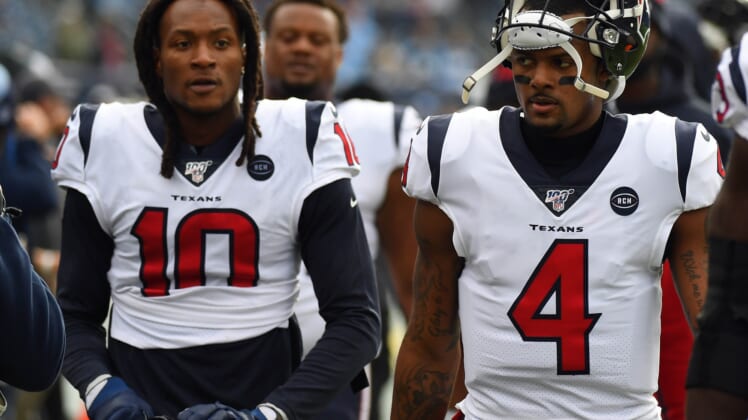 The Houston Texans are reportedly working on getting a contract extension done with franchise quarterback Deshaun Watson. Depending on the timing, it will likely be the richest contract for a quarterback in NFL history.

Despite this, there seems to be suggestions that Watson is not happy with the Texans and the direction they are headed in under head coach and general manager Bill O’Brien.

Most recently, O’Brien traded away star wide receiver DeAndre Hopkins to the Arizona Cardinals for pennies on the dollar. In talking about his former battery mate, Watson claims that Hopkins is his favorite teammate of all time.

The duo were only teammates for two seasons, but it’s clear they had a connection. Hopkins averaged nearly 1,400 yards and nine touchdowns during that span.

Could Watson’s comments be an indication that he’s unhappy with the Texans over the Hopkins’ trade? It seems so.