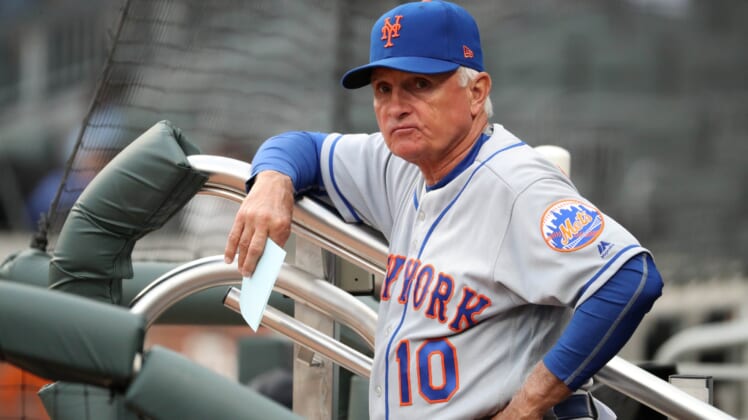 The New York Mets are currently sitting in second place in the National League East. That doesn’t seem so bad, but they are holdin on to a 16-21 record (.432) and are eight games behind the Washington Nationals.

The team has been plagued by injuries. Reliever Jeurys Familia is out for a few months, David Wright is still without a timetable for his return and we all know the Noah Syndergaard story. They’re also without slugger Yoenis Cespedes. The injury list is as considerable as the starting lineup and holding just as much talent.

The bullpen has been continuously lagging and the team as a whole is batting just .239 on the season.

Manager Terry Collins has about had it.

According to Anthony DiComo of MLB.com, Collins has not only mentioned it is time to “grind (expletive) out,” but there are urban legends to blame for the team’s misery.

“Right now, somebody has pissed off the baseball gods, because every move we make has been the wrong one.”

The skipper is clearly feeling pressure to turn things around. With almost well over a month gone by already in this season, he’s beginning to stop using bad luck as an excuse. The problems are currently overflowing for a team that showed so much promise in 2016.