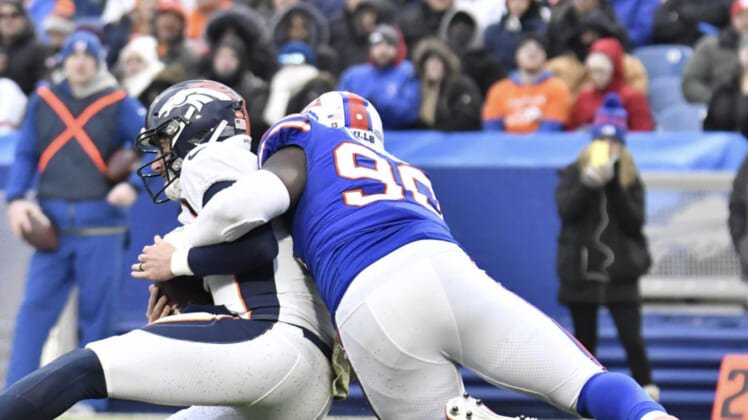 Quarterback Brandon Allen and the Denver Broncos’ offense had absolutely no chance against an elite Buffalo Bills defense on Sunday.

How bad was it? Allen put up 82 passing yards on 25 attempts. He’s the first quarterback since Clipboard Jesus (Charlie Whitehurst) to gain that few yards on so many attempts.

In fact, Allen tallied 49 net passing yards for an average of less than two yards per attempt in the 20-3 loss.

There’s now another stat available showing how much Buffalo’s defense dominated en route to an 8-3 start to the season.

According to ESPN’s official stats, Denver averaged 4.8 inches per play during its final five drives of the game. Four. Point. Eight. Inches.

At 3-8 on the season, these Broncos are absolutely toast. It might now be time for Denver to turn to rookie second-round pick Drew Lock. Because, why the heck not?

As it relates to the Bills, they have now won eight of their first 11 games for the first time since Jim Kelly was in his prime. Let that sink in for a second.