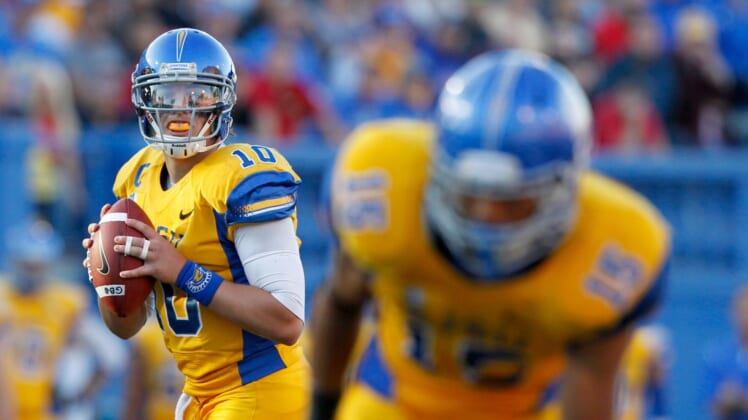 The California State University system made a major, stunning announcement Tuesday. It’s not good news for college football in the state.

CSU Chancellor Timothy White announced that all 23 state universities will not allow students on campus this fall. All classes — barring “some limited exceptions for in-person classroom activities that cannot be delivered virtually” — will be done virtually.

“This virtual planning approach for the next academic year is necessary because of the evolving data surrounding the progression of COVID 19,” White explained to CSU trustees, via ABC 7.

This shocking news carries with it some big-time ramifications for college football in California.

San Jose State, San Diego State and Fresno State — three of the six teams in the Mountain West Conference West division — are all included in this announcement.

Following logic, if these schools aren’t allowing students to come into classrooms it stands to reason their college football programs won’t be allowed to come back, either.

College commissioners recently told Vice President Mike Pence there will be no games if students are not on campus. So, it would seem there won’t be any football games being played by these schools.

Officially, the Mountain West Conference says that no decision has been made on athletics for these schools.

This news comes on the heels of the news that Los Angeles county will likely extend its stay-at-home order through the end of July.

All of this is bad news for college football in the state of California this fall.