A gentleman walked off the plane in October of 2012, and he was still wearing the size sticker on the front of his San Francisco Giants shirt. The folding patterns were still on the Tim Lincecum jersey. I simply rolled my eyes.

The Giants had just won the World Series and the thought was automatic — everyone who was sporting orange and black had just become a fan of the Bay Area team.

We still aren’t 100-percent sure if that was the case or not. The fact is, the hate towards an individual or group of people liking a team because it had just won a trophy became real. Especially following a couple more World Series wins for the Giants.

Just recently, the Cincinnati Reds trolled Chicago Cubs fans with a “Bandwagon Cam” pointing out Cubbies fans who must have been new to the baseball crowd.

Don’t get me wrong, this was funny and certainly became popular on social media, which is the end goal for everything these days. But, if you really think about it, this is kind of what Rob Manfred and baseball fans want.

More importantly, it’s what they need.

Manfred is trying to make the game of baseball sexier and more appealing to younger people. It’s an extremely difficult task, but the “pace of play” mentality and wanting to add sports betting back into baseball (more on all that here) is Manfred trying to open up to new fans.

Believe it or not, bandwagon fans are part of the reason the game of baseball can be revitalized on a massive scale.

We used to give the old side-eye to someone who was recently introduced to a game we were raised on. But that brand new jersey that some newbie bought with Kris Bryant’s number on the back added funds to Major League Baseball. That also represents one more person jumping into America’s Favorite Pastime, the sport that is dwindling.

When it comes to baseball, the average consumer is usually a white male, age 55 or older. It’s been this demographic since the beginning of time it seems, but that doesn’t mean the numbers cannot be altered as time progresses.

Nowadays, thanks to technology and social media, a lot of these athletes are able to reach out to the younger generation (“millenials,” if you will) and invite them into their world.

The bright personalities like Mike Trout, Anthony Rizzo and Enrique Hernandez are able to show everyone in the world that these athletes are more than just a number on your fantasy roster. You get to meet their families and look behind the scenes of what it takes to play baseball for a living. 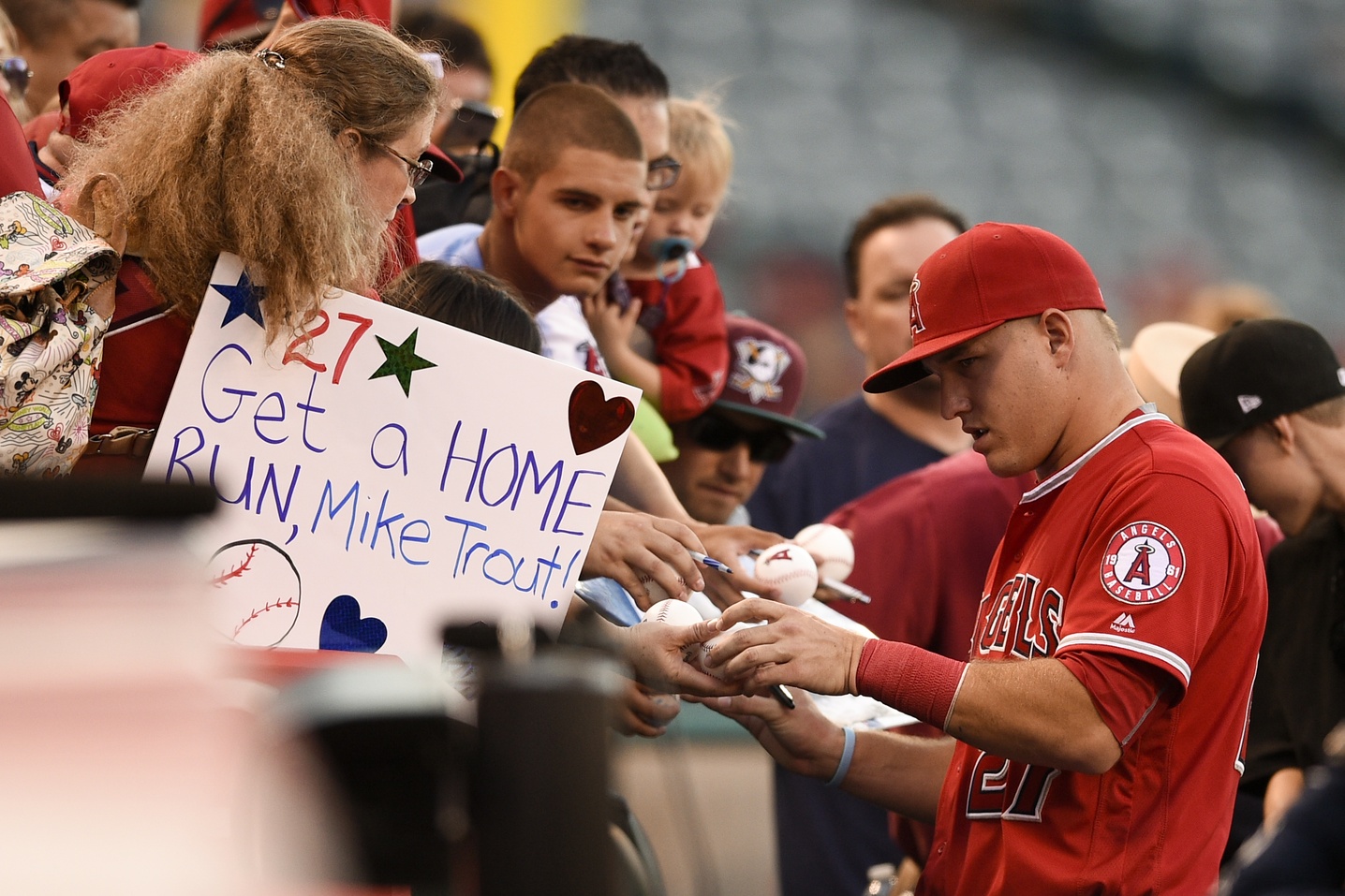 People eat that up.

Why do you think ballparks are adding outrageous foods (like this) to their concession stands? Why are teams highlighting batflips and making fun gifs out of highlighted plays?

The aim is to bring a new generation into baseball. Unfortunately the old school mentality of embracing the steroid era and the intentional walk rule is fading fast.

Baseball fans are stubborn and not very progressive, which isn’t a bad thing. It shows a lot of changes don’t need to be made. But there are some alterations that need to be embraced if we want to introduce newbies to the sport.

So thank you, bandwagon fans for the continuous support. We need you.