Stewart-Haas Racing has something to prove during the 2023 season after struggling last year. Let's dive into previews for each of the team's drivers.

Stewart-Haas Racing had another down season in 2022 with only three combined victories between its four drivers. Despite this fact, the organization has high hopes for what is going to be a bittersweet year.

Let’s dive into every Stewart-Haas Racing driver’s outlook for the 2023 NASCAR season.

Kevin Harvick will retire from full-time racing in the NASCAR Cup Series at the conclusion of the 2023 season. Harvick, 47, is then expected to transition to the FOX Sports booth for the 2024 season.

However, the driver of the No. 4 car has one final pursuit of another Cup Series championship on his mind instead. This comes after Harvick finished last year with two wins, nine top-5 finishes, 17 top-10 finishes, and a 14.3 average finishing position.

Harvick arguably had his worst season since 2012 despite having two victories so the inevitable driver decline has likely arrived. This is something similar to what Jimmie Johnson and Jeff Gordon experienced in their final full-time years.

Despite this fact, Harvick is still in a prime position to contend for a Cup Series title. The 47-year-old driver looked like one of the 2022 championship favorites during the summer months after winning two straight events.

It is not like Harvick can’t win races at this point in his career. The ability to go out and contend each week is still present and that is why expectations can be set for a possible Championship 4 appearance.

Those would be awfully high expectations for Harvick so for now, one win during his final year would be a success. It is something that many drivers strive to accomplish and there is no reason Harvick can’t add his name to the list.

Aric Almirola announced his intentions to retire from the NASCAR Cup Series at the conclusion of the 2022 season before the season-opener at Daytona International Speedway. However, that changed during the silly season process.

Almirola, 38, signed a multi-year extension with Stewart-Haas Racing that locks him into the No. 10 car for the 2023 season. It was unexpected as it is rare for drivers to back out of a retirement announcement during the same season.

The driver of the No. 10 car still struggled with zero wins, two top-5 finishes, seven top-10 finishes, and a 17.8 average finishing position. It is clear that Almirola is not as competitive as he was during his first years with the organization.

As of now, it is unclear what might be behind this regression. At 38 years old, a driver is supposed to be in their driver’s prime but Almirola just has not been at that level. Fortunately for him, there is another opportunity to prove he still has what it takes.

Almirola might retire at the conclusion of the 2023 season as nothing is guaranteed moving forward. If that is the case, the Stewart-Haas Racing driver should have the expectations of going out with a victory.

This is close to the same situation with Harvick. If Almirola can win a race in what could be his final full-time season, it would be a successful end to what has been an incredible journey.

Chase Briscoe set for a major breakout with Stewart-Haas Racing

Chase Briscoe entered his second full-time season with Stewart-Haas Racing in the NASCAR Cup Series looking to build on his rookie year. The 2022 season started off really well for Briscoe, 28, with a victory at Phoenix Raceway; however, it went downhill until the playoffs.

The driver of the No. 14 car only had two top-10 finishes in the next 22 races to finish out the regular season. Going into the playoffs, Briscoe appeared to be a predictable Round of 16 exit.

Briscoe proved everyone wrong and had five top-10 finishes over the last 10-races and made the Round of 8. Unfortunately for him, there were only a handful of laps that separated him from a Championship 4 performance before Christopher Bell passed him for the victory.

Entering the 2023 season, Briscoe will be one of the drivers expected to have a breakout year. The 28-year-old driver came so close to a Championship 4 appearance in what was considered a poor season so what will happen when it’s a good year?

Briscoe has enough talent to become a consistent Championship 4 contender in the future. The question is when that happens. Will it be in his third season like Bell or will it come in a few years?

As of now, the expectation should be set to return to the Round of 8. Briscoe will undoubtedly improve over last season and multiple wins should not be out of the question.

Ryan Preece has gone through an up-and-down journey over the last few seasons in the NASCAR Cup Series. Preece, 32, was below-average with JTG Daugherty Racing in his three seasons with the team before the team closed the second car.

Then, the current driver of the No. 41 car bet on himself and became a part-time driver in each of the three NASCAR divisions. Preece’s only win came at Nashville Superspeedway with David Gilliland Racing in the Truck Series.

Quite frankly, Preece has not done much since entering the Cup Series for the 2019 season; however, he was rarely in an opportunity where his talent could actually be showcased. 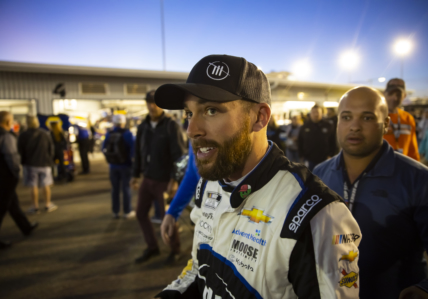 The 32-year-old driver now enters the 2023 season with a prime opportunity. Stewart-Haas Racing is capable of winning races and that should be the expectation for Preece moving forward at his age.

This is the opportunity that Preece has been waiting for his entire life and he needs to take advantage of it. Luckily for him, the future at Stewart-Haas Racing seems murky so he will have a slight advantage for his future prospects.

The expectations are simple. Preece needs to run with his teammates on a weekly basis and aim for one victory. With the young generation taking over NASCAR by storm, there could be better options if he cannot perform up to the expected level this season.