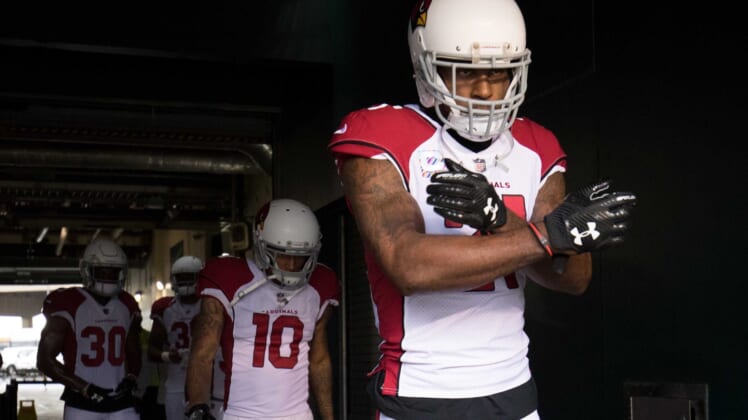 Tuesday has been a major news day around the football world in the lead up to this week’s NFL Draft.

One of the big stories surrounds the future of Pro Bowl cornerback Patrick Peterson with the Arizona Cardinals. Reports surfaced that the veteran could be on the trade block.

According to this note from Kent Somers of The Arizona Republic, Peterson is unhappy with something someone high up in the organization said.

There’s no further information available at this point. Though, Peterson did take to Instagram as a way to fuel the rumors.

Peterson, 28, was the subject of trade rumors during the 2018 season. But nothing came to fruition on that end.

Whether the future Hall of Famer is actually dealt remains to be seen. It would likely happen during the three-day NFL Draft starting on Thursday.