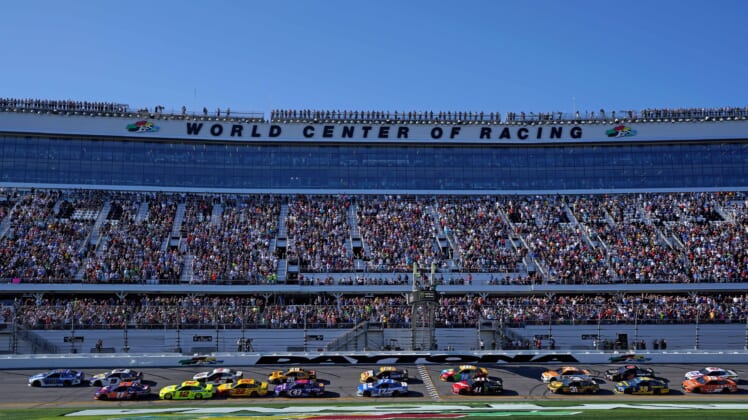 NASCAR is taking a big step forward when it comes to backing Black Lives Matter and condemning racism in America.

The professional racing league announced on Wednesday that “The display of the confederate flag will be prohibited from all NASCAR events and properties” going forward.

“The presence of the confederate flag at NASCAR events runs contrary to our commitment to providing a welcoming and inclusive environment for all fans, our competitors and our industry. Bringing people together around a love for racing and the community that it creates is what makes our fans and sports special.”

Bubba Wallace has taken the lead on this topic. He is going to be racing a special Black Lives Matter edition of his No. 43 car on Wednesday night.

This action has been noticed by many across the sports world, including Los Angeles Lakers star LeBron James.

Wallace also expressed to CNN that he wanted all confederate flags banned from NASCAR races.

“My next step would be to get rid of all Confederate flags,” Wallace told CNN on Monday. “No one should feel uncomfortable when they come to a NASCAR race. So it starts with Confederate flags. Get them out of here. They have no place for them.”

With the rising tide of support for Black Lives Matter in America, NASCAR is following Wallace’s lead now.

As news of this ban circulated on social media, the sports world shared many reactions.