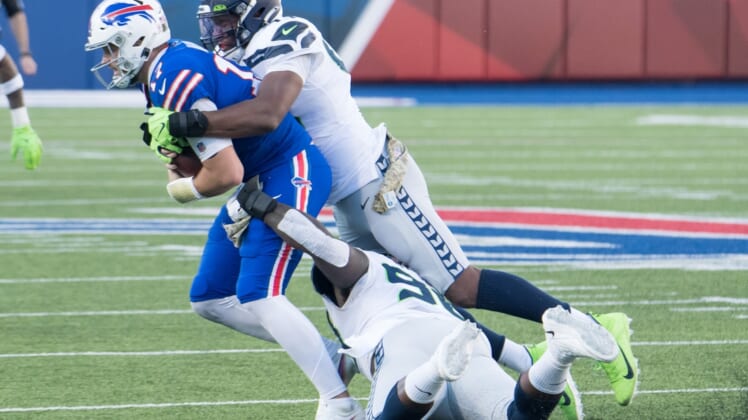 Seattle released Dunlap earlier this month before re-signing him at a lesser cost to help the team with cap space.

The Seahawks acquired Dunlap, 32, seven games into the 2020 season through a trade with the Cincinnati Bengals after he voiced his frustration with defensive coordinator Lou Anarumo.

Dunlap left Cincinnati as the franchise’s all-time leader in sacks with 82.5.

He played eight games for Seattle, recording 14 tackles, five sacks and 14 quarterback hits after generating just one sack with Cincinnati.

Dunlap made Pro Bowls in back-to-back seasons in 2015-16 with the Bengals, recording 13.5 and eight sacks, respectively.