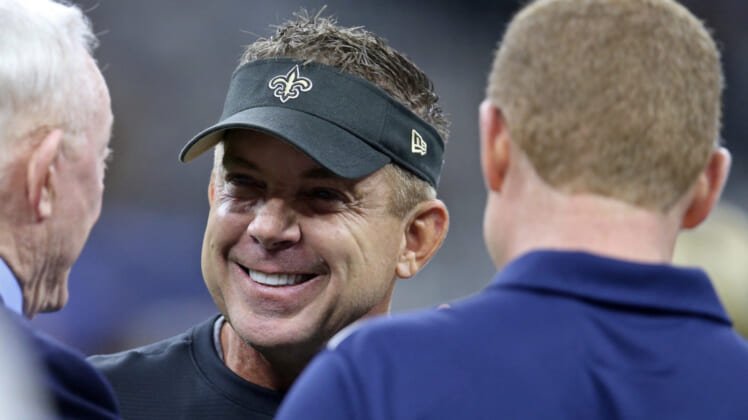 New Orleans Saints head coach Sean Payton is on the mend after testing positive for COVID-19 last week and is “feeling a lot better.”

Payton shared the good news of his recovery during an appearance with WWL Radio, as shared by Jeff Duncan of The Athletic. Duncan noted that Payton was tested a week ago Monday and received his results the next Thursday. As of today, he is 10 days removed from when his symptoms first began.

The NFL took steps on Tuesday to further protect its players, coaches, executives and other employees when it closed all team facilities, barring a few exceptions, until at least April 8, due to the COVID-19 pandemic.

At this time, the NFL draft is still scheduled to take place between April 23-25, but there is some talk now that it will be next to impossible for the league to begin on time later this year.