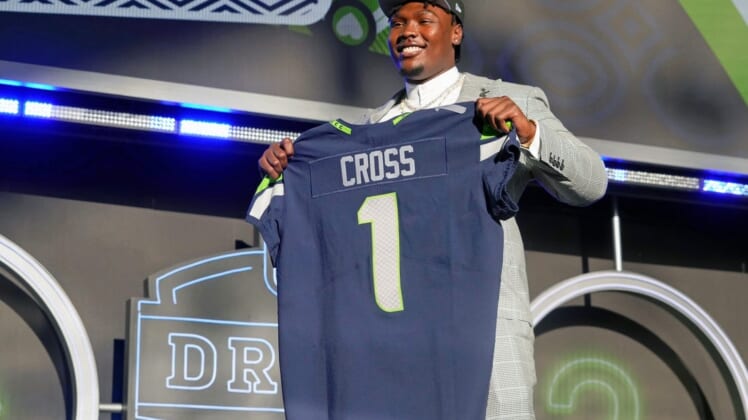 Cross, the ninth overall pick in the 2022 NFL Draft, receives a fully guaranteed deal with $12.73 million in the form of a signing bonus. The team holds a fifth-year option as is standard with all contracts for first-round draft picks.

Cross is the highest draft pick to enter the NFL without an agent to handle negotiations, although rookie deals are set by the collective bargaining agreement slotting system.

The 21-year-old Cross was the final top-10 pick from the 2022 draft to sign. He was selected with the first-round pick the Seahawks received in the Russell Wilson trade with the Denver Broncos.

A two-year starter and All-SEC pick at left tackle for Mississippi State, Cross is pegged to be the top left tackle on the roster this season. Duane Brown, an unsigned free agent, turned 36 and remains unsigned.