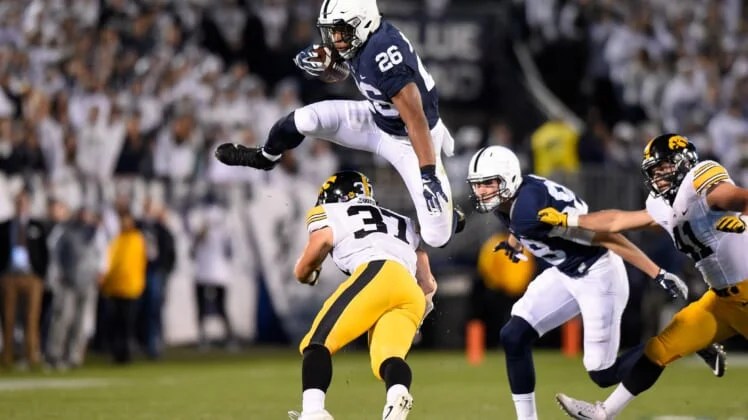 To say Penn State running back Saquon Barkley has been carrying his team tonight would be an understatement. The Heisman contender has over 200 yards rushing and seems to be making highlight reels on every play. Even Ezekiel Elliott had something to say about it.

This play, however, was special even in that context. Barkley turns himself into an Olympic hurdler to get over an Iowa defender.

Saquon jumped off the screen pic.twitter.com/tm67SEPadF

Saquon Barkley turning water into wine on the field

Saquon Barkley looks like he'd be fun to play in Madden.