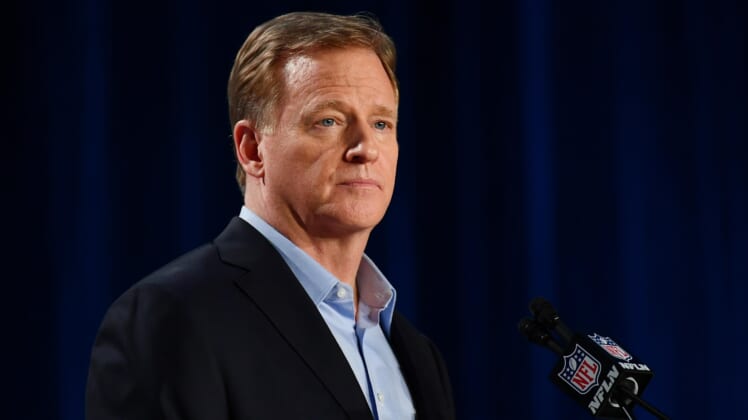 The 2020 NFL Draft was like nothing we have ever seen before. The three-day all-virtual draft came to a culmination Saturday evening without any major problems.

NFL Commissioner Roger Goodell hosted the first two days of the event from his home. While there were some funny moments, the often-criticized NFL head did a tremendous job.

ESPN and NFL Network decided to simulcast their broadcast in hopes of allowing millions of Americans to get their minds off the current COVID-19 pandemic plaguing the United States. It was also a smashing success with historical television ratings.

A draft that some don’t believe should have been held as scheduled acted as somewhat of a return to normalcy for countless sports fans. Goodell himself received a ton of praise for his handling of the event.