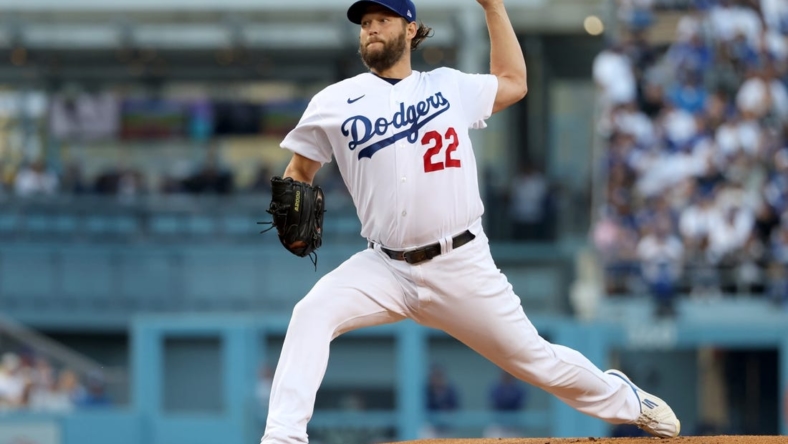 Clayton Kershaw, after less than a week on the free agent market, appears to be staying put with the Los Angeles Dodgers.

The 34-year-old left-hander agreed to a one-year deal with the Dodgers, multiple media outlets reported Thursday night. According to ESPN, the contract will be worth approximately the same as the $17 million that Kershaw made in 2022.

The Dodgers did not give Kershaw a qualifying offer of $19.65 million ahead of the deadline to do so on Thursday.

Kershaw missed some time due to injury this year but was almost as effective as ever when available. He went 12-3 with a 2.28 ERA in 22 starts and earned the ninth All-Star appearance of his 15-year career, all with the Dodgers.

The three-time National League Cy Young Award winner also was the NL’s Most Valuable Player in 2014, when he finished 21-3 with a 1.77 ERA.

For his career, Kershaw is 197-87 with a 2.48 ERA that is the best among active pitchers and the best for a starting pitcher in the past half-century.

Kershaw was famously mediocre in his postseason career through 2019, going 9-11 with one save and a 4.43 ERA in 35 games (25 starts). However, Kershaw was a major contributor while earning his first championship in 2020, going 4-1 with a 2.96 ERA in the postseason, including 2-0 with a 2.31 ERA in two World Series starts as the Dodgers beat the Tampa Bay Rays.

Kershaw made one postseason appearance this year, allowing three runs in five innings during a no-decision in Game 2 of the NL Division Series against the San Diego Padres. The underdog Padres won the best-of-five series in four games.