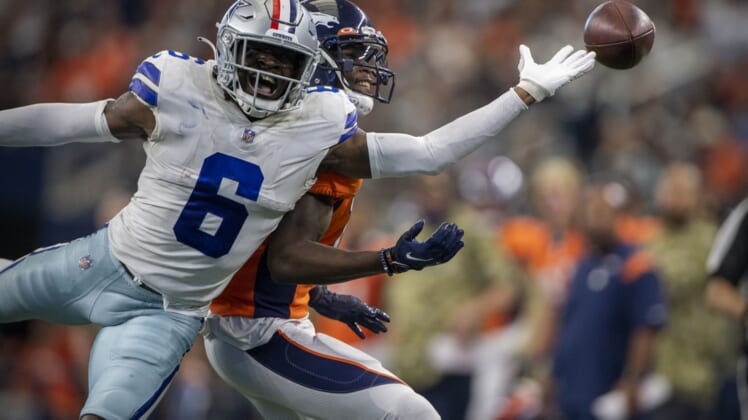 The Dallas Cowboys’ secondary received good and bad news ahead of Saturday night’s game in Philadelphia.

Safety Donovan Wilson, who did not travel with the team Friday due to an illness, reportedly tested negative for COVID-19 and was expected to rejoin the Cowboys (11-5) in time to face the Eagles (9-7).

Reserve safety Darian Thompson, however, reportedly tested positive and will not make the trip.

Wilson, 26, has played in eight games (three starts) this season and has 26 tackles and one pass defensed.

Thompson, 28, has appeared in five games and contributed three tackles.