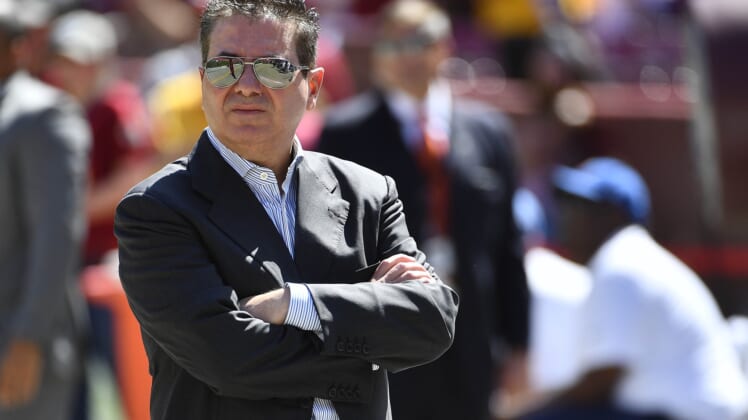 The Washington Football Team has been through a wild offseason with a front office overhaul, a team name change and faces alarming allegations of sexual harassment. Amid growing unrest in the organization, prominent minority owners could now be trying to push Daniel Snyder out.

Snyder, who owns a controlling stake in the club, bought the team in 1999 for $750 million. Since taking over, the organization has been marred in multiple controversies both on and off the field.

Despite years of public criticism for the team’s former name, Snyder refused to change it. That changed this offseason when public pressure from PepsiCo, Nike and FedEx led to a formal review.

When the club finally announced it would change the team’s name, Snyder’s organization still found a way to bungle the situation and draw rampant criticism. A few days later, The Washington Post released a scathing report detailing the toxic culture within Snyder’s organization and years of sexual harassment by members of his staff.

Now, according to The Wall Street Journal, Washington’s minority owners are pressuring Snyder to sell the team amid a firefight within the ownership level over the numerous controversies.

Previously, minority stakeholders Frederick Smith and Dwight Schar were seeking to sell their stake in the club. The two men own a combined 40% stake in Washington’s NFL team and want to see Snyder pushed out.

The desire to see a new owner take over can be traced to multiple issues, tied to the team’s on-field struggles and off-field storylines. In 2018, The New York Times released a story from the team’s former cheerleaders detailing multiple incidents of sexual misconduct, harassment and intimidation.

In addition to the accusations and scandals, Snyder has rarely put a good product on the field for the fan base. Since he took over in 1999, the team has made the playoffs just five times and had just three seasons with double-digit wins.

Will Dan Snyder sell the team?

In recent years, NFL rumors have hinted that Amazon founder Jeff Bezos could emerge as a potential buyer for the Washington Football Team. While the NFL would love to add Jeff Bezos’ net worth ($188.7 billion) to its group of owners, especially in comparison to Daniel Snyder’s net worth ($2.6 billion), it’s unlikely to happen.

The NFL can’t force Snyder to sell the team unless there are special circumstances. While former Carolina Panthers owner Daniel Snyder was pushed into selling the team in 2017, that came after direct allegations about him of sexual misconduct and using racist language.

With commissioner Roger Goodell and the league’s owners not forcing Snyder out, The Wall Street Journal reports Snyder has no intention of selling his majority stake.

While a new owner taking over might be the clearest path to Washington’s Football Team becoming an iconic and successful NFL franchise once again, it’s evident that Snyder will still be running things for quite some time.