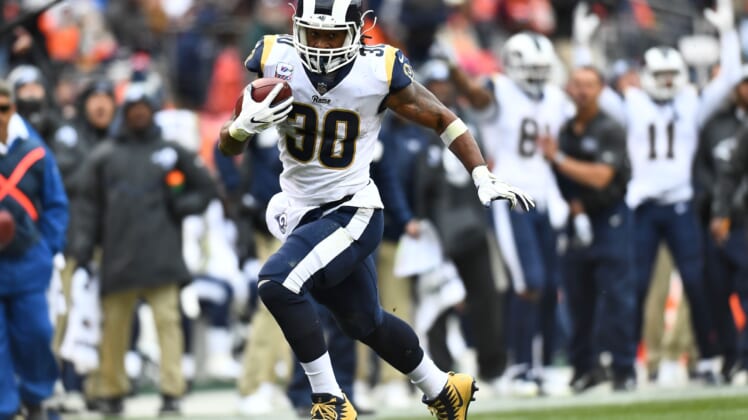 The Los Angeles Rams might be playing with fire. According to ESPN’s Adam Schefter, the team is planning for Todd Gurley to play Sunday against the Arizona Cardinals, barring a setback in pre-game warmups.

Unless Rams’ RB Todd Gurley has a setback in pregame warmups today, the team is planning for him to play vs. Cardinals, per source. Rams think he has felt better as week has progressed.

This does line up with a previous report indicating that Gurley would be a game-time decision.

Gurley suffered a minor knee injury during last weekend’s game and took some plays off icing the knee on the sideline. He didn’t practice this week as he rehabbed the inflamed knee, and the Rams could probably beat the Cardinals without him, anyway.

However, Gurley has been doing everything he can to get back onto the field and play this Sunday, and apparently the Rams are going to grant him his wish if he can show himself to be healthy before the game.

The problem is, if Gurley were to suffer a setback the consequences could potentially be hugely negative for the Rams. He’s their best offensive weapon, and they likely won’t get far in the playoffs without him.