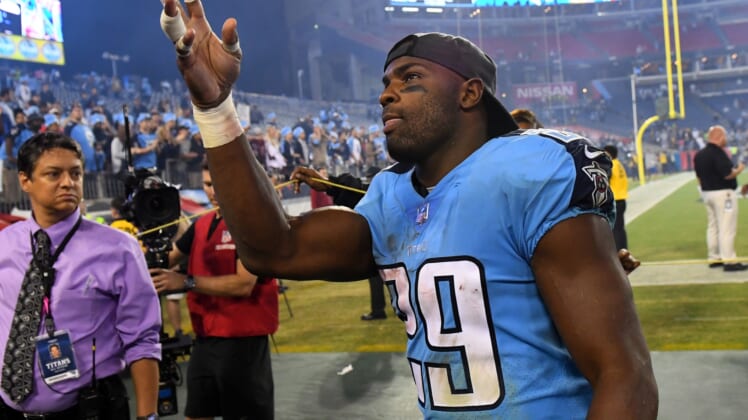 The Tennessee Titans have featured a two-headed approach at running back the past two seasons with DeMarco Murray and Derrick Henry. However, Ian Rapoport of NFL Media reports the Titans are ready to make Henry the lead back and could let Murray go this upcoming offseason.

From @NFLGameDay: The #Titans are ready to make Derrick Henry the bell cow, so don't be surprised if they move on from DeMarco Murray this offseason. pic.twitter.com/vif07usj9F

Murray, who suffered an injury in Week 17, has been ruled out of Saturday’s game against the Kansas City Chiefs.

This puts the spotlight on second-year running back Henry, who has shown some serious abilities in his first two seasons as a pro. As the team’s second-string back, Henry has rushed for 1,234 yards and 10 touchdowns between 2016-17, averaging 4.3 yards per carry.

If the Titans do cut Murray following the playoffs, they will not suffer any financial loss as his current deal’s guaranteed money ran out in 2017. Murray will be 30 when the 2018 season begins and has racked up some serious mileage over the years. He’s on the downward slope of his career and likely won’t be a featured back again if he chooses to continue playing.