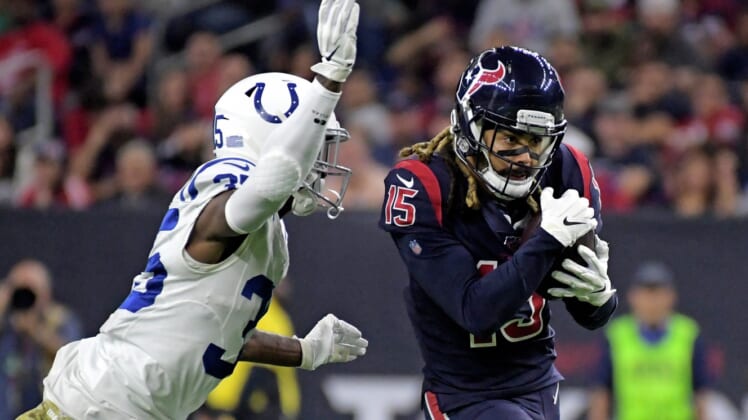 The Houston Texans are expected to have star receiver Will Fuller (groin injury) back in the lineup Sunday against the Kansas City Chiefs.

This happy news comes by way of NFL Network’s James Palmer, who wrote on Twitter that “unless anything crazy happens between now and game time” Fuller is expected to play.

Fuller is one of the NFL’s premier deep threats and is among the most dangerous downfield weapons the league has to offer, when he’s healthy. The problem is that Fuller has not been able to stay on the field for Houston, missing games due to injury in each of his first four seasons as a professional.

In 11 games this past regular season, Fuller hauled in 49 passes for 670 yards and three touchdowns, which were caught in one game against the Atlanta Falcons.