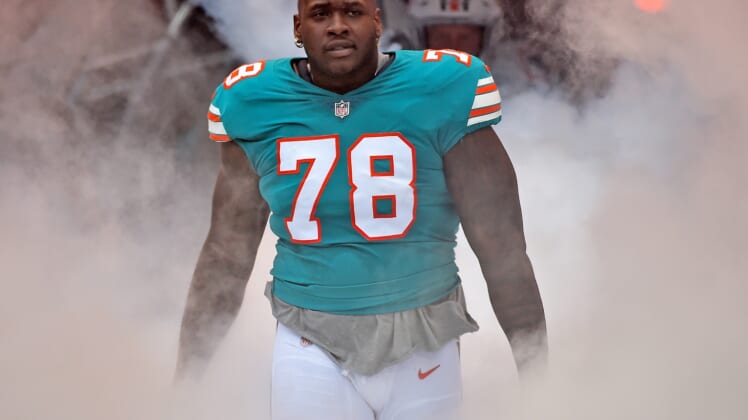 According to NFL Network’s Ian Rapoport, Houston is acquiring Tunsil and Stills in exchange for a huge package of draft picks.

The move came hours after the Texans traded away outside linebacker Jadeveon Clowney for a baffling return. When Houston didn’t receive an offensive lineman in return from the Seahawks, it further fueled an offseason plan that had failed to this point.

Tunsil will immediately step in and be Houston’s best left tackle since the team traded away Duane Brown a few years ago. He is under contract for two more seasons and could receive an extension in the near future given Houston’s cap space.

Stills adds another vertical threat for Watson to throw to and further solidifies a strong receiving corps. The 27-year-old finished the 2018 season with 553 receiving yards and six touchdowns.

Miami will reportedly acquire two first-round picks and a future second-round selection as part of the return. It’s a massive move for a team that is in the early stages of a rebuild and will be focusing on building a foundation for the future with draft picks.