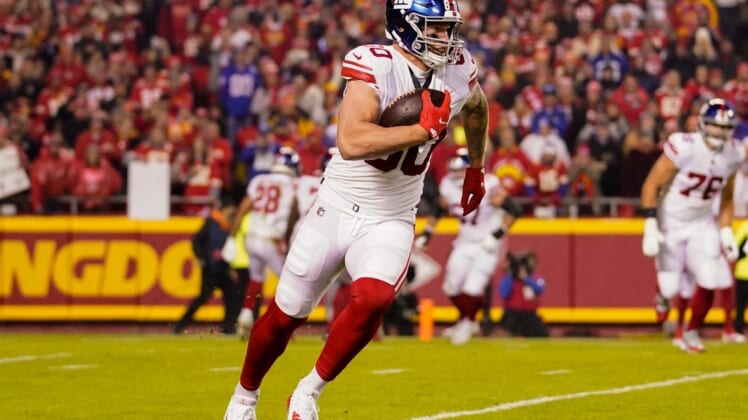 Rudolph, 32, spent the first 10 seasons of his career with the Minnesota Vikings, where he was a two-time Pro Bowler. In 2016, he caught 83 passes for 840 yards and seven touchdowns.

After signing a two-year contract with the New York Giants in March 2021, he was released a year later after appearing in 16 games (13 starts) and hauling in 26 receptions for 257 yards and one touchdown.

The signing comes after tight end Rob Gronkowski announced his retirement in late June. Cameron Brate, who has spent his entire career in Tampa Bay (eight seasons), is slated to be the Buccaneers’ starter.