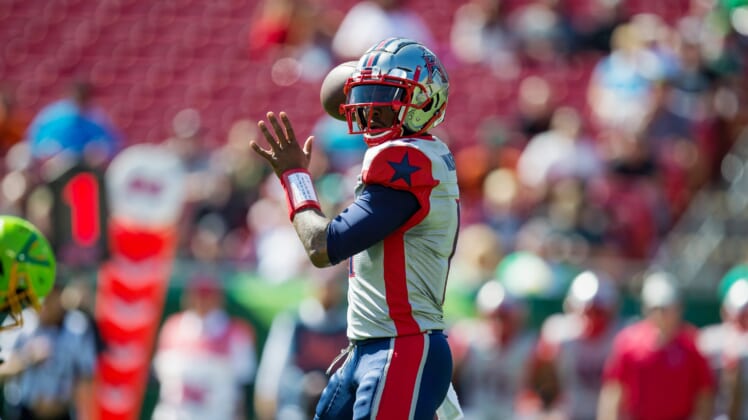 The XFL was brought back to give young players a chance to prove themselves for NFL teams. After a hot start to the season, Houston Roughnecks quarterback P.J. Walker now has NFL scouts watching him closely on Saturday.

Before Saturday’s game between the Roughnecks and Seattle Dragons, ESPN’s Steve Levy shared on the broadcast that the Seattle Seahawks sent scouts to Houston to evaluate Walker.

The 25-year-old quarterback caught the eye of NFL teams even before the XFL season began. However, the Pittsburgh Steelers were blocked from signing him by the XFL.

Since that time, Walker has only further elevated his stock and is running away with XFL MVP honors. He leads the league in passing yards (1,015), passing touchdowns (12) and is completing 63% of his passes this season.

Of course, Walker is more than just an excellent passer. He’s demonstrated plenty of mobility this season and even has the strength to run over defenders when he tucks the football and runs.

Walker will be eligible to sign with an NFL team when the XFL season ends following the championship on April 28. The Seahawks will likely be just one of many teams that pursue him after what he’s already shown this season.