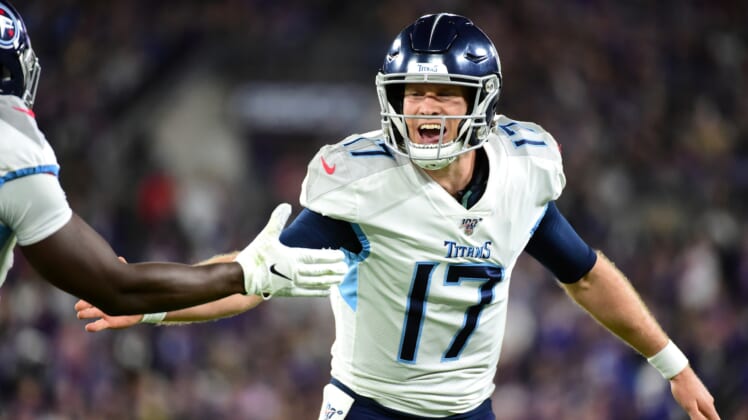 The Tennessee Titans have locked up Ryan Tannehill with a contract that keeps him from hitting free agency, per Ian Rapoport of NFL Media.

Jeff Darlington of ESPN shared the following details on the contract.

This news broke just roughly an hour after another report emerged indicating the Titans had no interest in signing Tom Brady in free agency.

The Titans had indicated all along that bringing Tannehill back was their top goal all along, and the quarterback himself had said he wanted nothing more than to come back, at the right price.

A former first-round pick of the Miami Dolphins, Tannehill was traded to Tennessee last March. He then took over the offense midway through last season due to continued struggles by former Titans first-round pick Marcus Mariota. That decision was huge for Tennessee, which went on a big run in the second half of the season and made the playoffs.

In 12 games, including 10 starts last year, Tannehill completed a career-high 70.3% of his passes for 2,742 yards with 22 touchdowns and six touchdowns. He struggled in the playoffs, but the Titans are obviously comfortable with him being the starter for the foreseeable future.