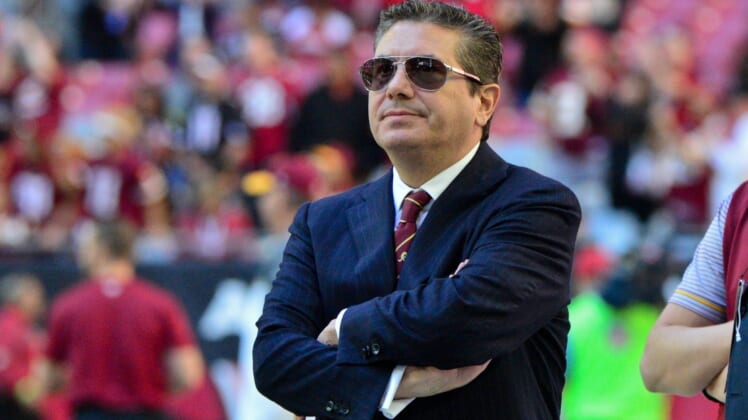 Pinch us to make sure this is reality. The Washington Redskins fired embattled head coach Jay Gruden on Monday after an 0-5 start to the season.

Team president Bruce Allen and owner Daniel Snyder called Gruden to the office during the early morning hours on Monday to give him the news. It seems like the two were in lock-step on the decision.

Now according to this report from Rhiannon Walker of The Athletic, sources close to the situation believe everything is a downright mess in the nation’s capital. Meanwhile, Allen’s job appears to be safe.

In a city that has been filled with scandal after scandal, one has to wonder if Allen is holding something over Snyder’s head.

It’s insane to believe that the struggling front office head can keep his job after what we’ve seen since he took over back in 2010.

One really has to wonder just how far off the cliff these Redskins have to fall in order for Allen’s job to be on the line.

Though, there’s the one common denominator here. It’s Mr. Snyder. He’s seen as one of the worst owners in the professional sports world.

Until something changes on that front, the old adage that brown avalanches roll down hill rings true in D.C.