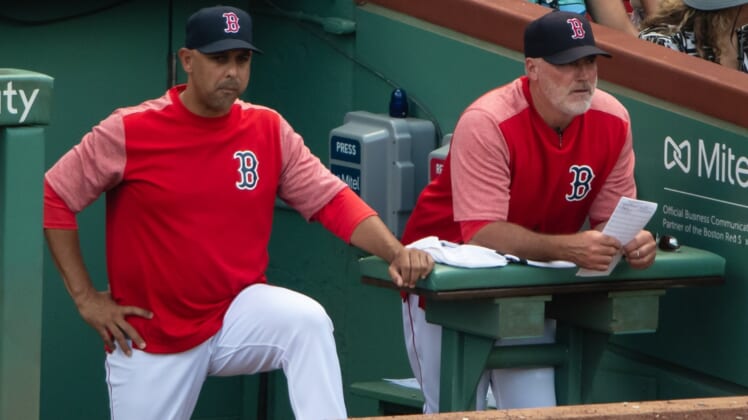 As MLB continues its investigation into alleged electronic sign-stealing by the Houston Astros, the Boston Red Sox are now alleged to have stolen signs electronically during the 2018 season.

According to The Athletic’s Ken Rosenthal and Evan Drellich, three people involved with the Red Sox during the championship season, the team used video technology to capture the sign sequence used by opponents and would relay it to players.

According to the report, players would visit the replay room inside Fenway Park to see the signs used by their opponents during games. The team reportedly used the system throughout the regular season but it stopped in the postseason when MLB had in-person monitors inside the replay room.

Of course, this would have happened the year manager Alex Cora joined the Red Sox after he reportedly played a key role in the Astros’ electronic sign-stealing methods during the 2017 season.

According to the report, Boston took advantage of MLB’d delayed implementation of an in-person monitor into the replay rooms during the regular season. It came a year after the team used Apple Watches to steal signs during the 2017 season.

In Boston’s system, which was allegedly used by other teams in prior seasons, a team employee in the video replay room would tell a player what the opponent’s current sign sequence. The player would then go back to the dugout and relay that information to his teammates.

It’s still not known when MLB will announce the conclusion of its investigation into the Astros and disclose the punishments for those involved. However, given the increasing scope of the problem, the consequences could be staggering and potentially even include multiple teams.