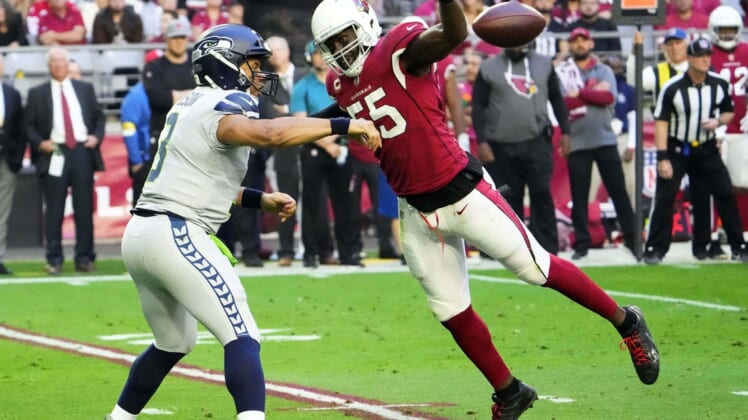 With a deal in place with Jones, the Raiders traded defensive end Yannick Ngakoue to the Colts for Ya-Sin, per the report.

The deal for Jones is worth about $17 million per year, NFL Network reported.

Jones, 32, racked up 71.5 sacks in six seasons with the Arizona Cardinals, who acquired him in a trade with New England in March 2016.

Ngakoue, 26, racked up 10 sacks with the Raiders in 2021, his first season in Las Vegas. He had 71 quarterback pressures in 2021, good for third in the NFL, according to Next Gen Stats.

The Colts will be Ngakoue’s fifth team in seven seasons despite 55.5 career sacks. He was selected in the third round of the 2016 draft by Jacksonville and played four seasons for the Jaguars, earning a Pro Bowl nod in 2017.

Ya-Sin, 25, has two interceptions and 20 passes defensed in 41 career games (29 starts) for the Colts, who selected him in the second round of the 2019 draft.