Report: Raiders expected to be interested in Philip Rivers 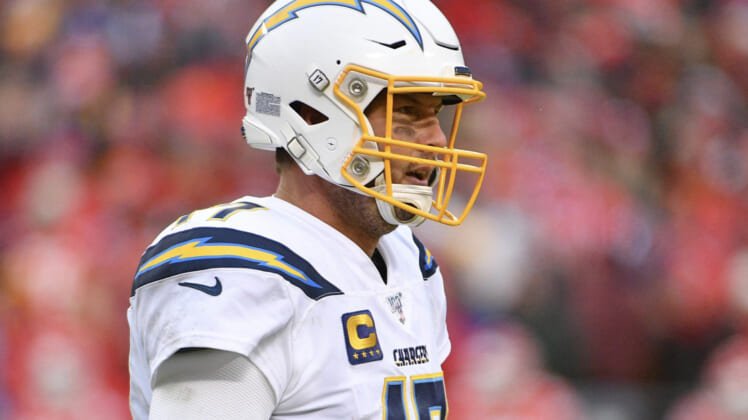 The AFC West is about to see a major shift at the quarterback position. We’re not talking about Patrick Mahomes’ likely record-breaking contract with the Kansas City Chiefs.

Rather, it’s all about to former California rivals in that of the Los Angeles Chargers and Las Vegas Raiders. Los Angeles already announced it is moving on from Philip Rivers. Meanwhile, rumors continue to persist that the Raiders will trade Derek Carr.

That’s where it gets really interesting. According to NFL Media’s Ian Rapoport, the Raiders are one of the teams to watch in the Rivers’ sweepstakes.

Rapoport mentions that the Indianapolis Colts remain the favorite. That’s not breaking news. Though, the addition of Las Vegas in this conversation is intriguing.

The Raiders are said to be preparing a $60 million contract offer to six-time Super Bowl champ Tom Brady. If they can’t land Brady, Rivers would be a nice No. 2 option.

One of the major questions here is whether Rivers, a known family man, would uproot his family to Las Vegas.