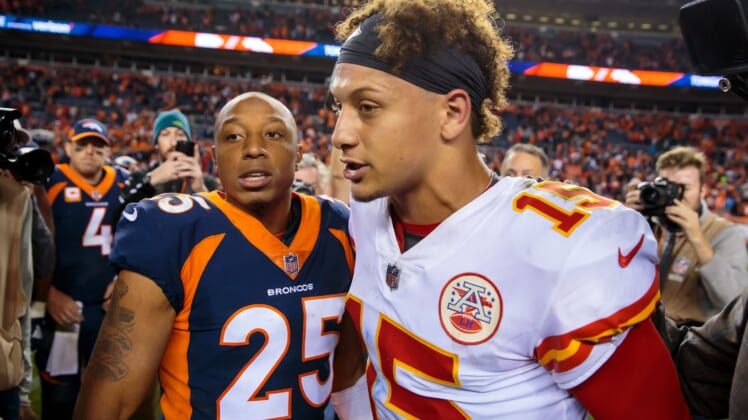 At a time when many pending NFL free agents are looking for an opportunity to cash in with a massive contract, Denver Broncos corner Chris Harris Jr. might have something else on his mind this offseason.

Harris Jr. might have his sights set on putting another Super Bowl ring on his finger by pursuing a deal with the Kansas City Chiefs, per KOA Colorado’s Brandon Krisztal.

The 30-year-old cornerback won his first Super Bowl ring with the Broncos. Now with the organization seemingly ready to move on from him, Harris Jr. could pursue a shot at revenge and another title.

A two-time All-Pro slot corner, Harris Jr. is already drawing significant interest from NFL teams. He’ll have plenty of competitive suitors to choose from and could easily land a life-changing contract, but he seems to be keeping the door open to an alternative plan.

After watching the Broncos use some of their cap space to add another corner, joining the Chiefs would be the perfect opportunity for revenge. Of course, it might take a significant pay cut given the Chiefs are strapped for cap space.