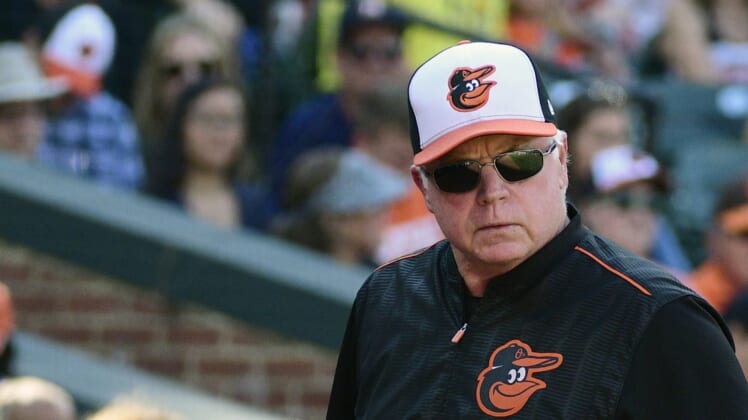 As the Philadelphia Phillies continue to move forward in their search for a new manager, owner John Middleton is reportedly beginning to poll players on a potential hire.

According to MLB Network’s Jon Heyman, Middleton is polling the Phillies’ players for their feelings on Buck Showalter

Showalter, who sat out the 2019 season after parting ways with the Baltimore Orioles, comes with extensive managerial experience. He managed for four different clubs in 20 seasons, most recently in Baltimore from 2010-’18. He holds a record of 1,551-1,517 with five playoff appearances.

The report is particularly interesting given it was one of the final steps before the Phillies fired Gabe Kapler. Philadelphia also met with Joe Girardi and Dusty Baker, both with lengthy resumes as managers, about its opening.