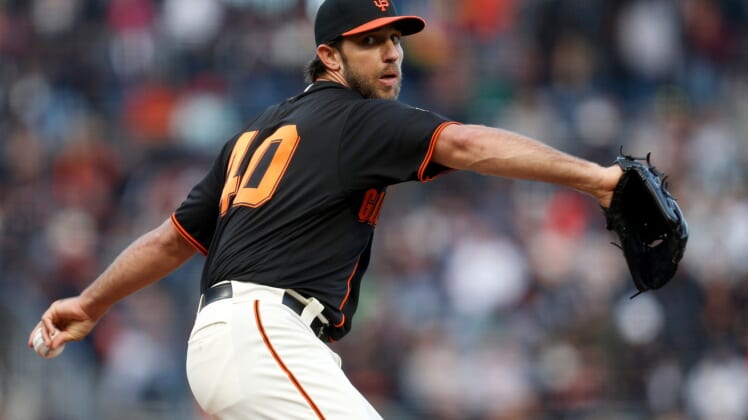 The San Diego Padres are reportedly looking into what it would take to acquire a top left-handed starter, specifically looking at Madison Bumgarner and Dallas Keuchel.

Jon Heyman of MLB Network shared this report on Friday night, noting “there have been suggestions they probably won’t sign a huge free agent but they are building a team to win in 2020.”

Of course, the Padres aren’t the only teams interested in potentially acquiring these two lefties.

They’ll reportedly face stiff competition from within their own division if they want Bumgarner, as the Los Angeles Dodgers and Bumgarner are said to have mutual interest in a deal.

As far as Keuchel goes, he’s been linked to the St. Louis Cardinals recently, but of the two pitchers mentioned in Heyman’s report, he makes a bit more sense if San Diego is looking to not break the bank.