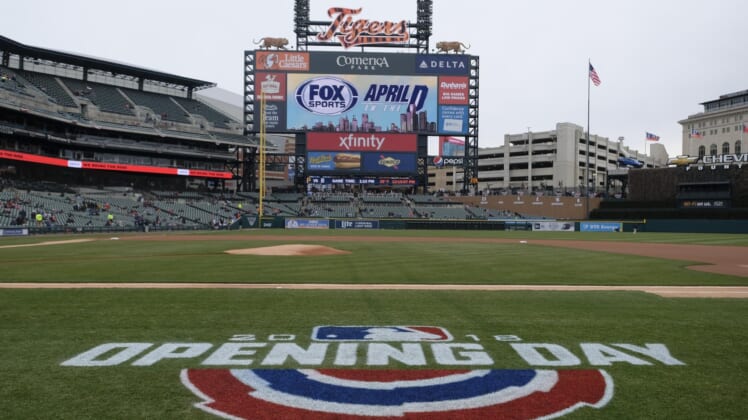 Major League Baseball took its first step towards a return this past week, revealing a plan to start the MLB season in July. While owners and players continue to discuss the deal, though, one hurdle could bring the return of baseball crashing down.

Under the current proposal, MLB would hold an 82-game season starting on July 4. The plan lays out several safety protocols for players and staff amid the COVID-19 pandemic and both sides are making progress on the financial side of the deal. Unfortunately, it could all be for not.

MLB’s plan for return not approved by health officials

Even if players and owners agree on a deal for the 2020 season, which isn’t a certainty, MLB still can’t move forward with its plan. Because the league wants to return in as many cities as possible, including Los Angeles and New York City, it must receive approval from local and state officials.

According to ESPN, MLB hasn’t even consulted with health officials in big cities about the league’s current plan. The league opted to create its own safety protocols and guidelines for a return, let players and owners sort through it all and then will present it to medical experts and government officials.

MLB commissioner Rob Manfred has received support from one powerful voice in government, President Donald Trump. The league has received backing from the White House for a plan to start the season in July. However, per ESPN, guidance from the Whtie House has conflicted with that of public health experts.

If the league’s safety protocols don’t satisfy health officials in key cities, MLB will either be forced to relocate teams to cities with lighter guidelines or create a new proposal.

Concerns with MLB’s plan for 2020 season

Under the league’s current proposal, MLB would need approximately 14,500 tests per week. While they are confident it won’t take away from the supply the general public will need during the summer, this isn’t the only concerning element of the plan.

If a player tests positive for the coronavirus during the season, which many expect will happen, MLB’s current policy only requires for that player to be tested. MLB would be going against the Center for Disease Control’s specific protocols that require putting anyone in quarantine that was in close contact with a carrier of the virus.

Of course, that would cause the league problems. If a player tests positive for the coronavirus, CDC guidelines would mean that his teammates and any opponents they recently faced would need to be quarantined. As a result, MLB would need to suspend its season until everyone was cleared.

Equally problematic, MLB would allow that player to return to the active roster once they test negative for the virus. While that person would be tested daily upon their return, they could have a false negative test and still be a carrier passing the virus on to other players.

Manfred also hasn’t outlined steps the league will take if multiple players or staff members on a team are infected. Additionally, MLB umpires haven’t been provided a list of safety protocols they will need to follow and many of them are in the at-risk age group.

There is obviously a lot on the line for everyone involved in MLB and fans are desperate for the sport to return. If MLB falls short of the necessary safety protocols, though, bringing baseball back sooner will only mean it will be shutdown again.