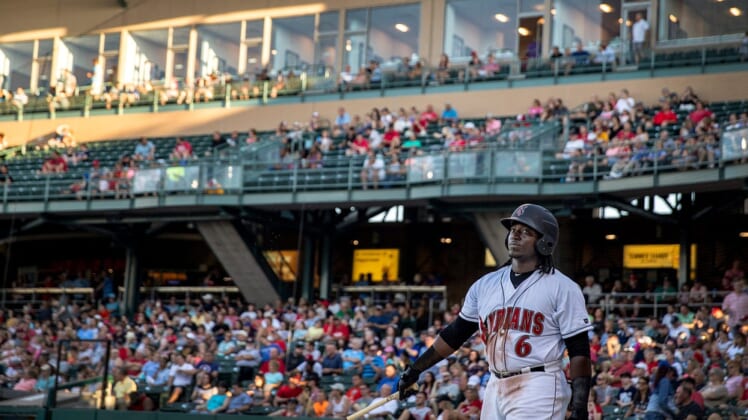 As MLB owners push players to sign risk waivers and take significant pay cuts for the 2020 season to be played, some teams are reportedly going a step further with their minor league players.

As MLB teams continue to trim their minor league rosters, with more than 1,000 players expected to be released, owners are reportedly asking those still on the roster to make a sacrifice. As minor league baseball players try to get by on $400 a week from their respective MLB clubs, those seeking assistance are receiving pushback.

According to former minor league pitcher Garrett Broshuis, who now works as an attorney and advocate for MiLB players, several MLB teams are discouraging minor leaguers from seeking unemployment benefits.

The decision, similar to the move by teams to cut 30-plus players, is in the interest of saving money. As Broshuis describes, the organization’s unemployment insurance tax (UI) would be affected if a majority of MiLB players filed for unemployment.

MiLB salaries and the Save America’s Pastime Act

MLB teams have looked for ways to reduce cost in the minors before, especially when it comes to player compensation. In 2018, Congress passed the “Save America’s Pastime Act”, buried on page 1,967 of the 2018 spending bill, which allowed MLB owners to pay minor league players below minimum wage.

As detailed by The Athletic’s Emily Waldon, a majority of minor leaguers make far less than minimum wage even after the bill provided a slight raise. Notably, player salaries are only awarded during the season.

MLB teams have agreed to continue paying each of their minor league players $400 per week through June, with some committing to pay them through the end of the season.

The MLB Players Association, which is in ongoing negotiations with MLB to create a financial plan for the 2020 season, doesn’t represent minor league players. Even when a plan for the MLB season is announced, it’s expected that the MiLB season will be canceled.

As we detailed here, it will be devastating for minor league baseball. MLB was already pushing to eliminate more than 40 MiLB teams before the COVID-19 pandemic and that’s now viewed as a certainty.

Even facing a future with reduced roster sized and more MLB owners likely taking control of MiLB teams, teams are still looking to cut costs by any means necessary. In this case, that means organizations strongly encouraging minor league players not to seek the financial assistance they need.

Fortunately, there are some resources for minor league players. For those seeking assistance, information on applying for unemployment benefits can be found here.