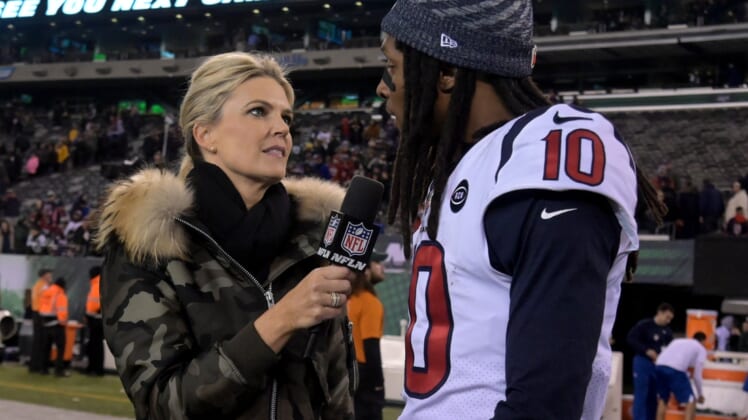 Stark, 48, has worked for NFL Network since 2012. Her previous jobs include sideline reporter with ABC’s “Monday Night Football” from 2000-03 and national correspondent with “Today” on NBC beginning in the summer of 2003. With the network, she also covered the Olympics.

NBC has turned over two thirds of its “Sunday Night Football” talent ahead of the 2022 season. While Cris Collinsworth remains as game analyst, Mike Tirico is replacing Al Michaels on play by play.

Stark takes over for Michele Tafoya, who stepped away from sports journalism after Super Bowl LVI to transition to a career in social and political issues.

Kathryn Tappen, who worked the Super Bowl sideline for NBC along with Tafoya, had been considered the leading candidate for the job.