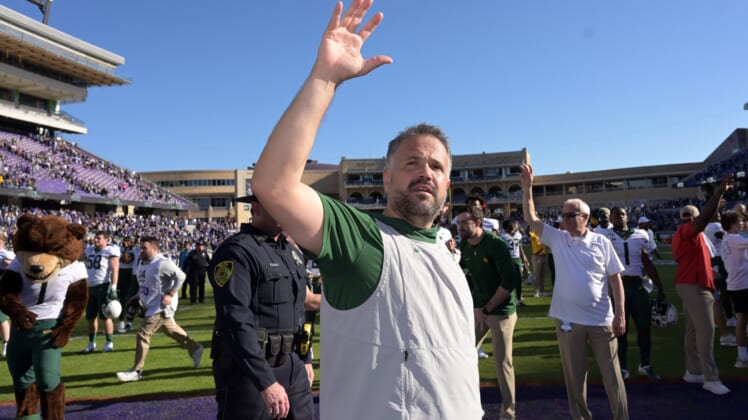 The Carolina Panthers have reportedly found their next head coach, finalizing a deal to bring Baylor Bears head coach Matt Rhule to the NFL.

The news, first reported by Yahoo Sports’ Pete Thamel, brings the hottest coaching candidate from the collegiate ranks to the NFL.

The 44-year-old coach was scheduled to interview with the New York Giants this week. As NFL Network’s Ian Rapoport confirms, Panthers owner David Tepper made sure he got his man before Rhule left to meet with the Giants.

Rhule always stood out as the perfect hire to help fix the Panthers and save quarterback Cam Newton’s career. Newton hasn’t had the chance to be coached by a great offensive mind, with his entire career spent with defensive-minded coach Ron Rivera, making this the star quarterback’s opportunity to really thrive in a new system.

Rhule carries an outstanding track record of rebuilding programs and helping them reach incredible success in a quick turnaround. He built the Temple Owls into a 10-win team by his third season then took over at Baylor when it was nearing its own demise and made them a powerhouse once again.

While Rule has only coached in the NFL for one season, serving as an assistant offensive line coach in 2012, he is a strong bet to make a tremendous impact on the Panthers and make them a contender in the NFL once again.