Report: Laviska Shenault will have core muscle surgery, be out 4-6 weeks 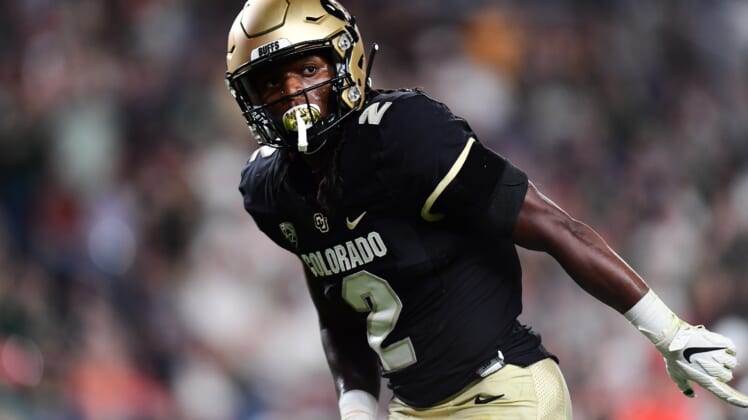 Former Colorado Buffaloes star receiver Laviska Shenault will end up having surgery on his core muscle injury ahead of the 2020 NFL Draft, after all.

After struggling through his combine drills on Thursday, Shenault will go under the knife and is expected to be out between four and six weeks, per ESPN’s Adam Schefter.

Shenault is one of the most electric overall playmakers in the coming draft, but his big issue is the one he’s dealing with currently. He struggled to stay healthy at Colorado, and teams will certainly be wary of that come draft day.

A player we had highlighted as a headline maker ahead of the 2020 NFL Scouting Combine, it’s a shame that Shenault’s injury history is the thing that’s got him in the news right now rather than his explosive athleticism.

One wonders, if he had to do it all over again, would Shenault have opted for surgery earlier in the proceedings? As it is, he’ll be on a tight timeline to get healthy enough to show teams he’s good to go before the draft.