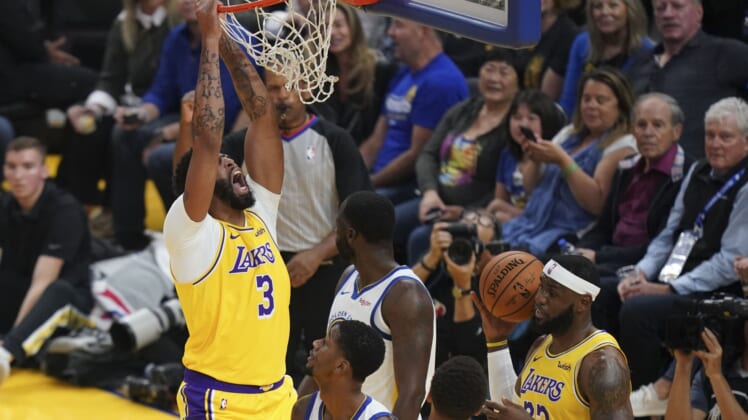 After experiencing a major scare on Saturday when star forward Anthony Davis left with a sprained right thumb, the Los Angeles Lakers are now breathing a bit easier.

According to The Athletic’s Shams Charania, initial exams on Davis’ right thumb indicated he avoided any ligament damage. While he’s believed to have suffered a Grade 1 sprain, he will undergo an MRI on Sunday.

It’s potentially the best-case scenario for Los Angeles. The Lakers desperately need their prized acquisition to be ready for the regular season and health has been a recurring problem for Davis in the past.

If the MRI on Sunday confirms the team’s initial diagnosis, Davis could be ready for the team’s season opener on Oct. 22 against the Los Angeles Clippers in the Staples Center.