Report: Josh Allen has been the Bills’ best QB in camp 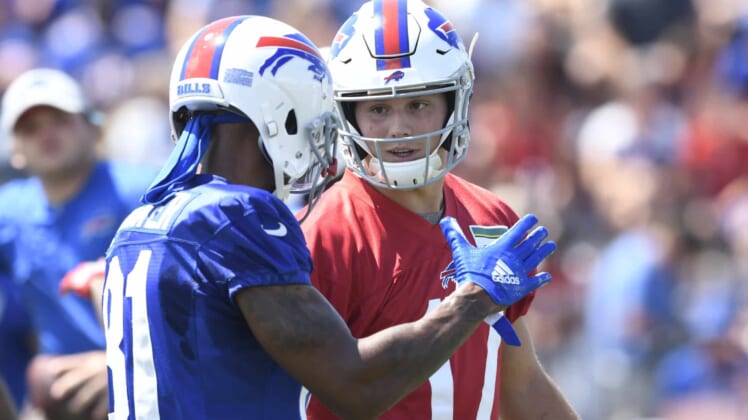 Those on the outside looking in at the Buffalo Bills’ quarterback situation can’t help but wonder just how big of a dumpster fire it is going to be this season.

If the early stages of training camp are any indication, Allen might very well be Buffalo’s Week 1 starter.

“He (Allen) had the best practice of the group on Saturday and has been the best quarterback at camp thus far,” Joe Buscaglia of WKBW reported.

The beat writer also went on to note that McCarron continues to “play if safe” while Peterman “looks nervous” on the practice field. To put this into perspective, Allen completed 5-of-8 passes with one touchdown and two interceptions during his practice session. Training camp stats are meaningless, but that’s a bit worrisome.

Buffalo has a decision to make here. Fresh off its first playoff appearance since 1999, does the team think it can contend for a postseason spot again? If so, McCarron might be the guy. But if the Bills’ brass is all about the rebuild, giving Allen reps might make the most sense.