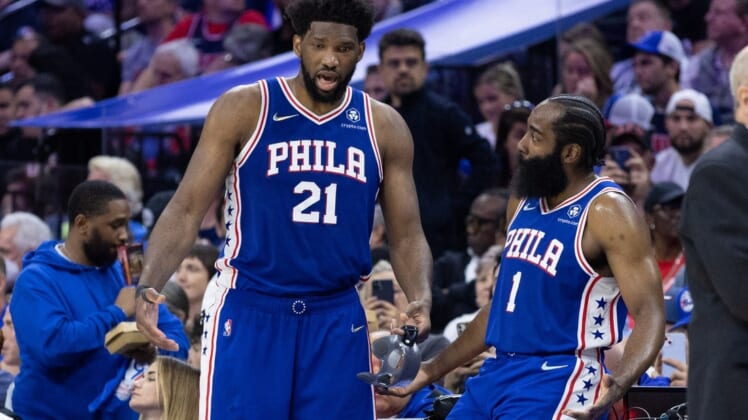 Just before the start of free agency, “The Beard” agreed to a significant trim.

According to ESPN, James Harden declined his player option worth $47.4 million for 2022-23 and will instead work with the Philadelphia 76ers on a short-term, team-friendly deal that allows flexibility to add to the team’s supporting cast.

Harden can technically test unrestricted free agency in this scenario, but ESPN reported the details of his agreement with team president Daryl Morey have been in the works for some time.

Morey, who once acquired Harden from the Oklahoma City Thunder to be the centerpiece of the Houston Rockets, traded for Harden at the deadline last season in a deal with the Brooklyn Nets that involved Ben Simmons.

Harden will be 33 before the start of training camp and his overall production was down. But stiil, he was 27th in the NBA in scoring (22.0 per game) and second in the NBA in assists (10.3 per game).

Harden would be eligible for a max contract worth more than $50 million per season if he signed a five-year deal.

Reports indicate he is more likely to hammer out a two- or three-year deal with the 76ers.