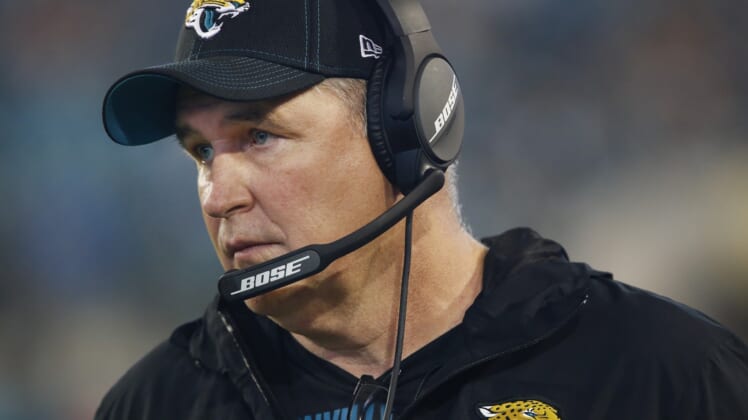 The Jacksonville Jaguars will bring back head coach Doug Marrone and general manager Dave Caldwell for the 2020 season. The news, first reported by NFL Network’s Tom Pelissero, was confirmed in a statement by owner Shahid Kahn.

After firing executive Tom Coughlin late in the year, Kahn decided to bring back his head coach and general manager to give them a second chance in Jacksonville.

Reports first emerged on Dec. 22 that Marrone and Caldwell stood a good chance of returning for the 2020 season. Khan reportedly wanted to remove Coughlin’s damaging influence inside the building, as his presence caused repeated issues in the locker room that Marrone dealt with regularly.

After winning 10 games in 2017 and falling just short of the Super Bowl, the Jaguars have won 11 total games over the past two seasons. However, the emergence of quarterback Gardner Minshew provides a reason for optimism moving into 2020.

Now it will be up to Marrone to handle the team and Caldwell to take advantage of their two first-round picks in the 2020 NFL Draft. If the right moves are made this offseason and Minshew further develops in his second season, the Jaguars could take a major step forward in 2020.