Report: Hot NFL coach target Matt Rhule ‘has no plans to interview’ with any team 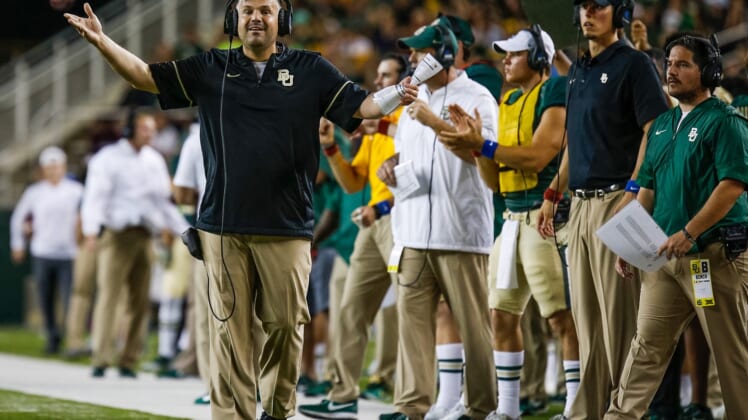 NFL teams are firing their coaches and looking for hot replacements, and Baylor’s Matt Rhule is one of the hottest names in the industry right now.

Unfortunately for teams looking to potentially bring in the offensive-minded head coach, Rhule reportedly “has no plans to interview with any NFL clubs at this time.” This news comes by way of Brett McMurphy, a veteran college football insider for Stadium.

If this proves to hold true throughout the next few days, weeks and months, then there will be some disappointed owners. In particular, Rhule has been linked to the Dallas Cowboys, who are expected to part ways with longtime head coach Jason Garrett.

Rhule has a track record of being a program changer. He engineered stunning turnarounds at Temple (from 2-10 in 2013 to 10-3 in 2016) and Baylor, where he turned the Bears into an 11-2 squad that’s set to play in Sugar Bowl against Georgia after going 1-11 in 2017. So it’s not surprising that NFL teams are coveting the young coach.