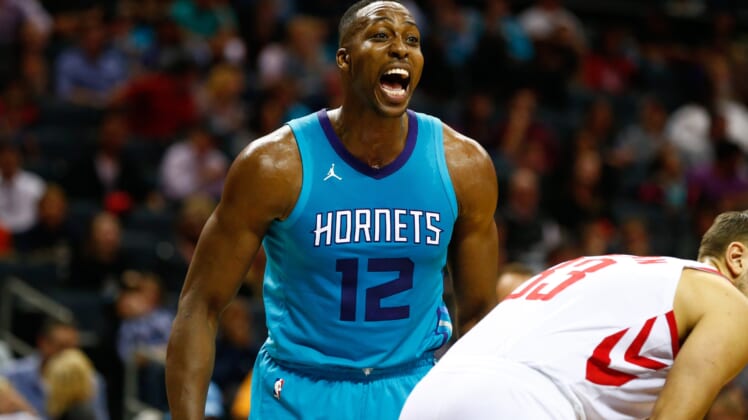 Dwight Howard is on the move again. The Charlotte Hornets have shipped the veteran center to the Brooklyn Nets.

According to Shams Charania of Yahoo Sports, Howard is heading to Brooklyn in exchange for Timofey Mozgov, two second-round picks and cash considerations.

The transaction is a glorified salary dump for Charlotte, which is pressed for cap space heading into a pivotal year. All-Star guard Kemba Walker is entering the final season of his contract, and the Hornets are certainly at risk of losing him next summer.

Howard, meanwhile, averaged 16.6 points, 12.5 rebounds and 1.6 blocks in his lone season with Charlotte.