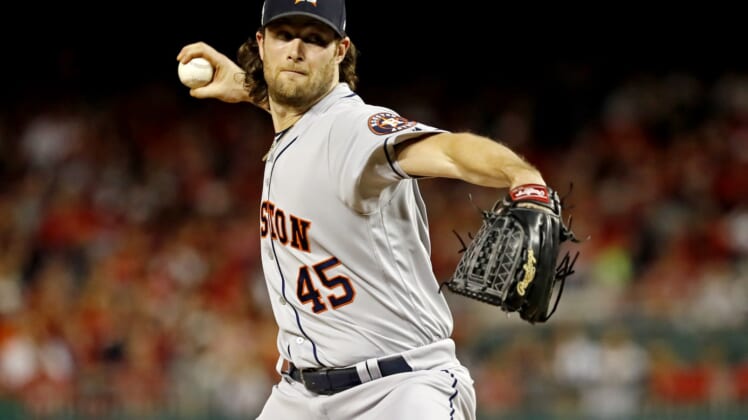 Gerrit Cole came into the offseason as the most coveted free agent in baseball. Now, the bidding war and demand for the All-Star pitcher is so intense that he could land an eight-year deal worth upwards of $280 million.

According to The Athletic’s Jayson Stark, there is now a growing belief that Cole could land a deal that would break numerous MLB records.

According to the report, the 29-year-old could receive an eight-year contract that would mark the first time in nearly 20 years that a pitcher received a contract of that length.

Even more incredible, a contract worth upwards of $250 million would blow past David Price’s current deal (seven years, $217 million) and that figure might only be the floor for Cole’s contract.

If Cole lands an eight-year, $280 million contract, it would make him MLB’s highest-paid pitcher both in total salary and annual average value at $35 million per season. Currently, Houston Astros pitcher Zack Greinke holds the record at $34.417 million.

The New York Yankees have received ownership approval to sign Cole to a record-breaking deal. Of course, they will face plenty of competition from the Los Angeles Angels and Dodgers, who are among the favorites to sign Cole.

One thing is for certain, agent Scott Boras is going to make sure Cole’s contract breaks records.