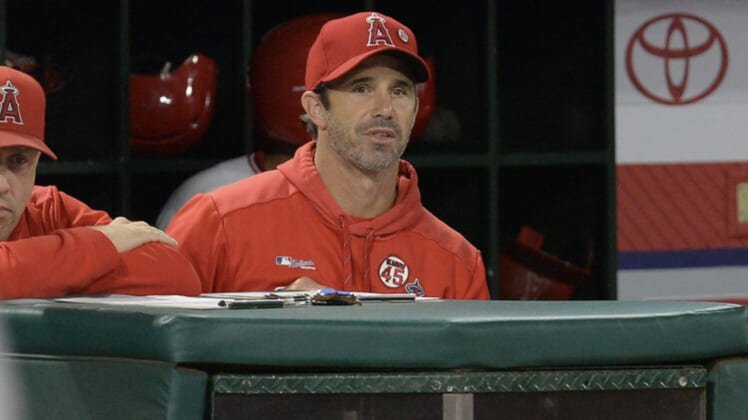 As the Houston Astros attempt to salvage a sense of respectability in the wake of their sign-stealing scandal, they will reportedly interview a former star, Brad Ausmus, to become the next manager.

Mark Berman of Fox 26 in Houston broke the news of this impending interview:

Ausmus, of course, spent last season managing the Los Angeles Angels, and prior to that he was the manager of the Detroit Tigers from 2014-17.

The Astros recently fired former manager A.J. Hinch and former general manager Jeff Luhnow after being handed down discipline from MLB after it concluded its investigation into the sign-stealing allegations.

An 18-year MLB veteran before his coaching career, Ausmus, 50, is well respected across MLB and could potentially help the team regain some much-needed positive momentum.