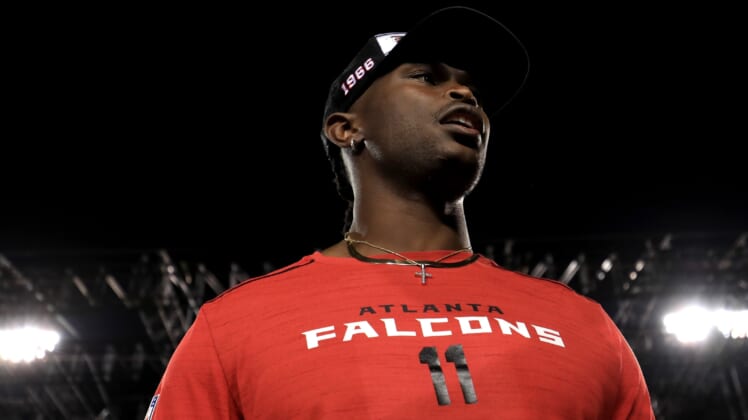 One of the NFL’s best wide receivers is now the highest-paid player at his position. The Atlanta Falcons and All-Pro receiver Julio Jones are reportedly closing in on a record-breaking contract extension worth around $22 million per year on Saturday.

According to NFL Network’s Tom Pelissero, the deal is not yet finalized, but it is expected to be reached before Sunday’s opener against the Minnesota Vikings.

Jones opted to show up for training camp rather than holdout while still seeking an extension. However, he started to indicate he might sit out in Week 1 if a deal wasn’t reached. Atlanta wanted to make him the highest-paid receiver in the NFL and now his contract reflects it.

The new yearly salary surpasses New Orleans Saints wide receiver Michael Thomas’ record-breaking deal from July and makes it very likely that Jones will finish his career with the organization that drafted him.

The 2019 season will prove to be a critical one for the Falcons as they try and get back on top in the NFC and push for another trip to the Super Bowl. If Atlanta wants to contend in a deep conference, Jones will play a critical role in getting this team where it wants to go.