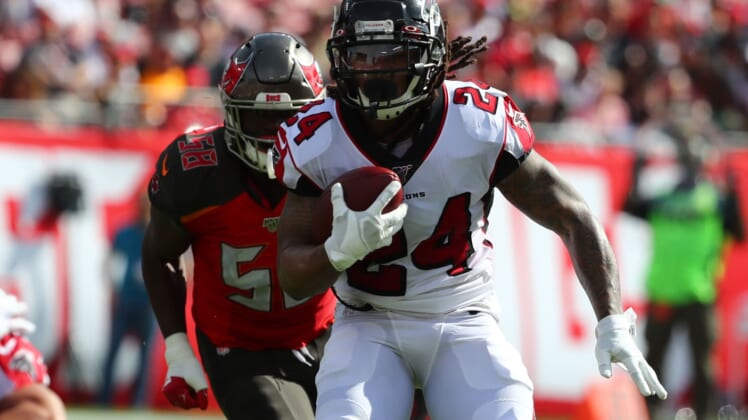 The Atlanta Falcons are moving on from star running back Devonta Freeman, per NFL Network’s Ian Rapoport, in a move that will save $3 million in cap space.

Freeman, a fourth-round pick in the 2014 NFL Draft, became an impact player almost immediately upon his arrival. He enjoyed a breakout season in 2015, racking up 1,061 rushing yards, 578 receiving yards and 14 total touchdowns in 2015.

After earning his first trip to the Pro Bowl, Freeman received his second Pro Bowl selection the following season with 13 total touchdowns and 1,541 scrimmage yards in 15 games.

Injuries have limited Freeman’s explosiveness and his availability in the past two seasons. He played in just two games in 2018 then returned in 2019 and averaged just 3.6 yards per carry.

The Falcons attempted to trade Freeman this past season, but ultimately kept him to finish the year. He racked up 1,066 total yards on 243 carries on a team that fell short of expectations.

Freeman just turned 28 on Sunday and should still attract interest on the open market. Given his ability to work effectively as a receiver out of the backfield, he could be a nice addition for multiple contenders.

The Falcons also plan to release top cornerback Desmond Trufant, as the front office prepares for a new era in Atlanta.