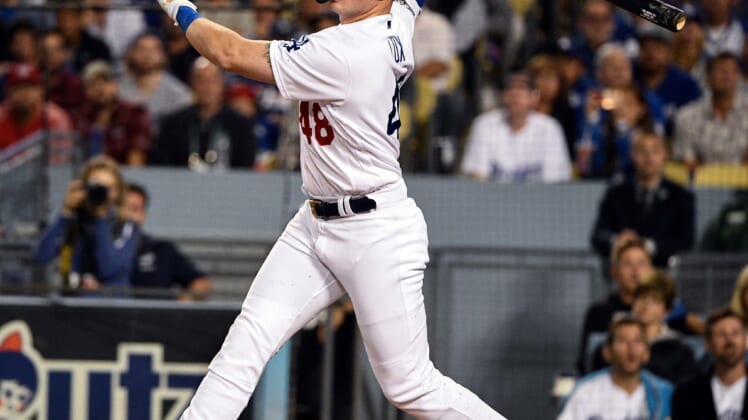 After striking out on this year’s top free-agent talent, the Los Angeles Dodgers have turned their attention to the trade market to land an impact player. While they have plenty of talent to offer, one prospect will reportedly not be moved whatsoever.

According to MLB Network’s Jon Heyman, many around MLB believe that the Dodgers will not trade infield prospect Gavin Lux “in any scenario.”

He finished 2019 ranked as the second-best prospect in baseball, per MLB Pipeline. Lux also made a strong impression in his short time with the Dodgers, proving he’s ready to step into an everyday role in an MLB lineup.

Teams are certainly going to keep asking for Lux as the centerpiece in trade talks. For now, though, it appears he’s the lone prospect the Dodgers are committed to at all costs.