Report: Colts never tried to trade up for Jordan Love 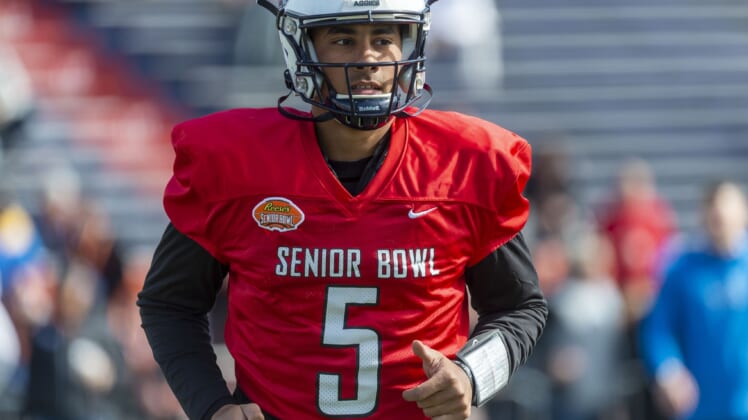 The Green Bay Packers shocked the NFL world on Thursday by trading up for quarterback Jordan Love in the first round of the 2020 NFL Draft. As it turns out, they likely didn’t need to make the jump up for the rookie quarterback.

According to NFL Network’s Ian Rapoport, the Packers were determined to jump from the No. 30 pick to ensure they drafted Love before the Indianapolis Colts had the chance to trade up for him. However, despite speculation that Indianapolis might target him, the Colts reportedly never even made a call to trade up in the first round.

The decision itself to draft Love, an extremely undeveloped quarterback with raw tools but immense risk, drew plenty of criticism. The Packers were one win away from a trip to the Super Bowl and instead of surrounding their future Hall of Famer with more talent, they drafted a player that will never see the field in the team’s best-case scenario for the next four years.

There can be a rationale for planning for the future with a 36-year-old quarterback on the roster that has shown signs of decline. The Packers clearly believed in Love’s talent and viewed him as the caliber of prospect that can’t be passed on, even if it doesn’t help the team for at least three years.

It’s one thing to draft a quarterback with a first-round pick when you already have an established star at the position. But Green Bay traded up when it didn’t have to, sacrificing a potentially valuable fourth-round pick in the process.

Packers general manager Brian Gutekunst read the situation wrong and ultimately put even more pressure on himself for this pick to be right because of it. He played for the future instead of making a potential move to improve the team’s shot at a Super Bowl. Time will tell if that massive gamble pays off.