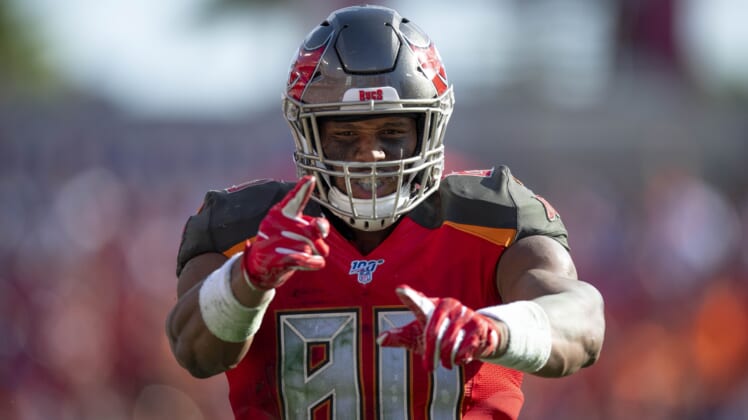 One of the players who has been mentioned ahead of the NFL trade deadline is Tampa Bay Buccaneers tight end O.J. Howard. However, Ian Rapoport of NFL Media reported Tuesday that the Bucs have rebuffed at least one trade inquiry from a team interested in landing the former first-round pick.

It wouldn’t be shocking whatsoever if the team that was told “no” was none other than the New England Patriots, who have been working the phones ahead of the deadline to improve their roster.

Regardless of which team made the call, it seems clear the Buccaneers still view Howard as a player they value long term.

So far in his career, the former Alabama star has yet to make the kind of consistent impact the Bucs thought they’d see when they selected him 19th overall in the 2017 NFL Draft. In 30 career games, Howard has caught 73 passes for 1,173 yards and 11 touchdowns.