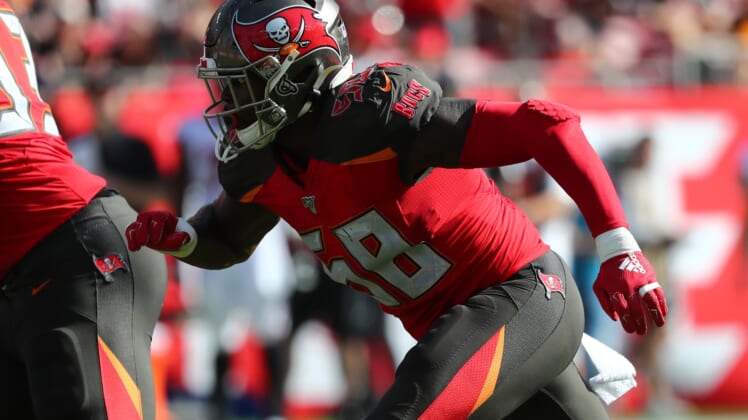 The Tampa Bay Buccaneers are placing the franchise tag on outside linebacker Shaquil Barrett, per ESPN’s Adam Schefter, bringing back the star edge rusher after he had a breakout season in Tampa Bay.

The Buccaneers could have placed the franchise tag on quarterback Jameis Winston, but the team’s interest in exploring other options led to Barrett receiving the tag. By designating him as an outside linebacker, Barrett will make approximately $16 million next season.

Given Barrett’s contributions to the defense and his work in the community, which includes this incredible gesture for a young fan, the Buccaneers are certainly happy to have their top pass rusher back.

Now the franchise can focus on pushing to sign him to a long-term deal, but they’ve at least secured he will return to the team next season.